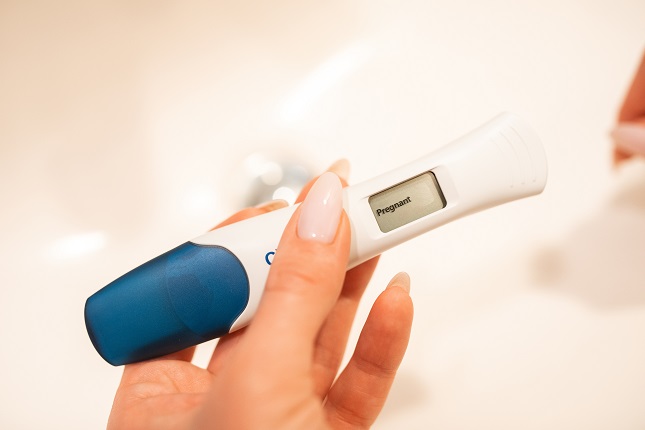 “The longest two weeks appoint” because for someone who is undergoing ICSI and treatment, those two weeks occur as the longest. As many of you probably already know, means “2 WW” – “2 waiting weeks,” two weeks from embryo transfer until the pregnancy test. Here you will find out what can or cannot happen during these weeks, which symptoms and signs, if any, can be interpreted as a good or bad prognosis, when you should take the pregnancy test at the earliest so that it is positive (and not false positive, in the case of taking certain medications that contain hcG), and much more.

The best advice we can give to our patients is to take things lightly during these weeks and lead a normal life. So, since we have now discussed how to get this time is best under control, we can now discuss the various aspects of the 15 days ( “Take it easy”!).

After the transfer, I tell my patients often that they are “technically pregnant,” even though the embryo is two more need to three days to insinuate itself (depending on whether the transfer has taken place two or three days after the egg retrieval.) this is why I want you to do exactly what pregnant women should do: Avoid heavy physical efforts and risky situations (it is now not the best moment to become active mountain biker). Apart from these minor limitations, we allow you to do anything. While it is not proven that absolute bed rest increases the pregnancy rate, but we recommend a few hours of relative calm for any uterine contractions that may occur after the transfer to reduce.

In terms of your work (even air travel included), if you are going to work anyway after the positive pregnancy test, I think it is to work for better during this waiting period. At the end of the pregnancy test is positive, because the embryo has nestled ten days before. It’s the exact same situation three days later before the test than three days. I can patients do not understand (neither the doctors who recommend it), resting for 15 days and return to normal life after the pregnancy test has been positive, because really nothing has changed after the positive test!

We continue now with the most difficult. Stress is inherent in all the artificial insemination treatments. It is impossible not to feel stressed out when the day to which you have been waiting for, the day of the positive pregnancy test the day when you can be pregnant, just around the corner. We do not believe that stress reduces pregnancy rates, we believe that it is “one of the treatments to” and that it is impossible not to be stressed out before the pregnancy test. Another thing is how you deal with this stress, and how patients feel in terms of overall treatment.

Fortunately, exactly the same with “supposedly” bad characters (cramps, bleeding or simply “no symptoms feel”). Especially after a IVB
I myself am sure that our readers most know someone who felt absolutely pregnant before a negative pregnancy test result, or had someone who no symptoms at all and had a twin pregnancy. Unfortunately, there are no symptoms or signs that can predict the outcome of the cycle reliable. Mainly because the most common symptoms (drowsiness, nausea …) and characters (… fluid retention, Intestinal distension,) an early pregnancy produced by hormones, and the hormone level is quite high after a fertility treatment. High enough to mimic what happens in pregnancy, although one is not pregnant.

It is not rare that you have larger ovaries due to the stimulation that can be even greater when you are pregnant. This sudden enlargement of the ovaries can lead to the patient, that feeling has that she gets your rule and can have seizures, and it’s not a bad sign, but just the opposite. Something similar happens in terms of light spotting that some patients have a few days before the pregnant sheep test. It is the so-called “implantation spotting” that can occur after in vitro fertilization treatment. And that’s why many patients think that they get their period, the closer they occur the pregnancy test date and therefore less likely to become pregnant will leave,

In this case, there are differences between the stimulated cycles ( IVBor artificial insemination) and those that will HRT use (egg donation and Cryotransfer) as in the first group of beta HCG, the hormone that detects the pregnancy test, used to ovulation triggering and detected in the blood up to 10 days after dosing can be, and this can lead to a “false positive” when the test is done too early. The positive test can also be detected more quickly, depending on the number of embryos implanted, hence the hormone level is higher when more present as a gestational sac and can be detected earlier than usual. However, one must be patient and wait for the 14 days after the egg retrieval since the test, if carried out too early may be falsely negative, and you are indeed pregnant. You have to wait for these two weeks in any case.

And that’s all for the moment. I am sure there will be more questions or doubts. Do not hesitate to ask your gynecologist.

This article is written through professional gynecologist reviews, Every condition may vary to other’s. Kindly take precautions as advised by your own OB-GYN 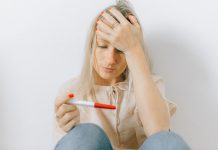 Ways To Help Your Friend Avoid the Stigma of Abortion 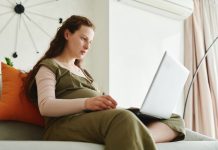 Postnatal Depression – How you Can Overcome it!