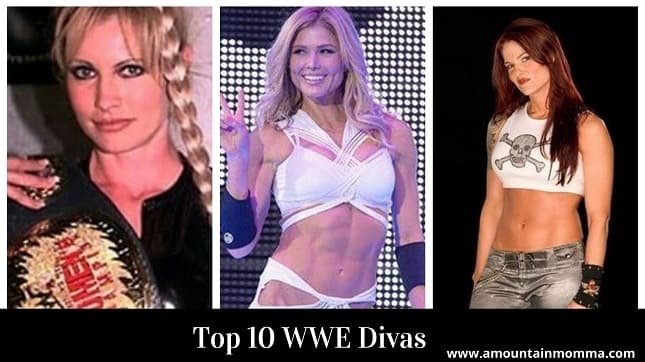 WWE has been a provider of entertainment for decades. We have seen the action, Drama Fights, which has been delightful all the way, and performers emerging and working their way through Hollywood. Women wrestlers have made their name in this industry for last 30 years or so. Term Diva is fairly known worldwide for women in modeling movies and being influential everywhere! WWE Divas are the ones who develop a persona of performing in this arena of Wrestling

WWE top 10 Divas or WWE top 10 female wrestlers is the list of those who have accomplished fame through being Butt kicking, stylish, and being beautiful. This covers the era of WWF and WWE both

WWE Diva of the Decade