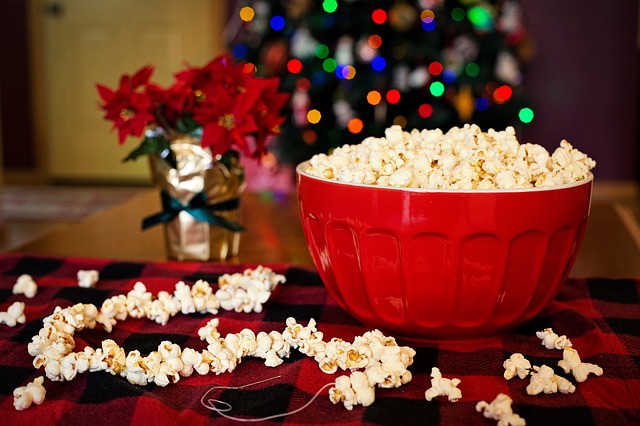 They are part of Christmas like a colorfully decorated tree, punch stands, and being blown away by grandma (of course Corona-compliant!): Really good Christmas films!

After all, is there anything nicer and more soul-caressing than making yourself comfortable on the sofa with a cozy blanket and a hot cup of cocoa after giving presents and getting even more into the Christmas spirit thanks to a lovingly told story about the festival of love?

Speaking of which: Christmas films also add significant value to the Advent season and ensure that a warm and contemplative Christmas spirit spreads even in the biggest Christmas grouch.

In recent years, Netflix has significantly increased its range of Christmas films, so we are not dependent on the moody TV program for Christmas either. The canon of these films is clear: Long live love and everything interpersonal, and they are so cute that you could get tooth decay from them.

But when, if not at Christmas, can you dream with your heart and believe in happy endings …

The 11 Best Christmas Movies on Netflix:

This fantastic Christmas adventure with guaranteed escapism is about the two siblings Kate (Darby Camp) and Teddy Pierce (Judah Lewis), who absolutely want to film Santa Claus (Kurt Russell) on Christmas Eve. Suddenly a world opens up to them that they previously dared not dream of. In part two, Mrs. Claus Goldie Hawn (also IRL the wife of Russell) gives herself the over-the-top hilarious honor.

Both parts are highly entertaining and in their portrayal of the Santa Claus family quite original, but never disrespectful. Christmas becomes an entertainment and leisure paradise here, but never for a second forgets about the important educational lines. Best enjoyed with eggnog!

No Christmas without this charming, old-fashioned and thoroughly sweet film adaptation of “Cinderella”, a German-Czech co-production. In this version, Cinderella faces three magical hazelnuts that help her attend the prince’s fateful ball. The rest of the way goes about in the usual way, although here the heroine is already staged a lot more actively and modernly than in the original fairy tale.

“Three hazelnuts for Cinderella” is one of the most popular real-life fairy tale films of all time, also because of the breathtaking winter shots, which put you in the Christmas mood even when there is no snow outside.

The up-and-coming young journalist Amber (Rose McIver) senses a big story: She travels to Eastern European Aldovia to elicit juicy love secrets from the sexy Prince Richard (Ben Lamp), who is of course also the future king. As it is, the royal family does not shy away from perfidious intrigues. On top of that, it is soon Amber herself who succumbs to the prince’s charm …

Due to the success of the modern fairy tale with a gigantic kitsch, but also feel-good factor, two sequels followed , which continue to tell the love story of Amber and Richard (also to be seen on Netflix). For all Windsor fans who don’t want to miss out on their royal dose even at Christmas.

Dolly Parton’s Christmas on the square (2020)

This Netflix musical is for gays like Christmas, Easter and birthday together – but everyone else who appreciates a modern, tongue-in-cheek version of Dickens’ “A Christmas Carol” will have a great time too:

Just before Christmas, of all time, the rich and ice-cold Regina Fuller (Christine Baranski) returns to her hometown after the death of her father to show her tenants outside. However, when she listens to the stories of the locals, sees an old love again and agrees to be guided by an angel (Dolly Parton), her attitude gradually changes. With 14 original songs by Parton!

The Oscar-nominated animated film from Netflix takes on the origins of Santa Claus and already has what it takes to become a classic. “Klaus” is not only a perfect mix of melancholy, humor and a lot of heart, but also brings up the courage to leave well-trodden dramaturgical paths. The moral of the story is clear but unobtrusive. The characters grow on your heart immediately, the style stands out pleasantly from Pixar.

That’s what it’s all about: Because Jesper does the worst trainee at the Postakademie, he is transferred to an icy island north of the Arctic Circle, where the locals avoid each other and certainly not write any letters. One day the discouraged Jesper meets the strange and lonely carpenter Klaus. With this unusual friendship, laughter returns to Zwietrachting …

The enchanting but also smart rom-com with Emma Roberts and Luke Bracey was one of the big Netflix hits of last year: It’s about the singles Sloane (Roberts) and Jackson (Bracey), who both hate holidays. They are constantly banished to the children’s table or have to sit down with unpleasant appointments.

But when they meet at a particularly bad Christmas, Sloane and Jackson decide to be available to each other as dates all year long. Without feelings, of course. But the heart wants what it wants …

Read Also: Top Richest Actresses And Their Net Worth

“Holidate” does not reinvent the genre wheel, but it is extremely entertaining and lives above all from the two sympathetic leading actors who clearly enjoy what they do, as well as the recognition value for all singles who ask themselves the same questions under the Christmas tree year after year have to.

The Netflix Christmas flick with “Vampire Diaries” star Nina Dobrev also fishes in the wake of “Holidate”: Natalie is a young journalist from Los Angeles who has so far remained unhappy in love. Via a dating app, she now meets a man from the east coast – and loves him. When she tries to surprise him for Christmas, however, she quickly realizes that she has fallen for a fake profile. Case in point from “Catfish”! What to do?

This carefree and romantic comedy tells of the search for great love and all the hurdles and obstacles that one has to leave behind before the heart can finally be warmed up. Sit back, enjoy, and rethink your online dating behavior.

Arthur is probably the biggest Christmas fan the world has ever seen. He takes everything that has to do with Christmas deep in his heart. However, Arthur is the only one in the family who can do something with the festival of love, especially his older brother Steve, a calculating businessman, sees the holidays as another way of making money.

Steve has commercialized the North Pole using efficient high-tech and military precision, the Santa Claus family is desperate. Sure Arthur has to step in …

A cute animated film that has its heart in the right place and reminds viewers what Christmas is actually about. The open consumer criticism is conveyed with a lot of humor and even more soul, the characters are sympathetic across the board.

The classic with Jim Carrey manages the actually impossible balancing act between Christmas classics and the perfect stripe for Christmas grouches. The bright green Grinch wants to steal Christmas because nothing is more stupid than the festival of love. His only friend, unsurprisingly: his dog Max. But then little Cindy Lou appears, who, with childlike and naive curiosity, manages to look under the grumpy mask of the Grinch …

Sure, how it ends, but that’s not the point, here the journey is the goal. “The Grinch” is cheeky (but of course family-friendly!) L’enfant is terrible among the Christmas films, which makes fun and misanthropy likable across all ages. Based on the classic by Dr. Seuss.

“High School Musical” star Vanessa Hudgens in a fluffy “Double Lottchen” comedy with a royal-Christmas touch: A week before Christmas, Margaret (Hudgens), the beautiful Duchess of Montenaro, exchanges one with Stacy (also Hudgens) Bourgeois from Chicago, the seats.

The special thing about it: The two are like one egg to the other. With the help of Santa’s magical assistant, Margaret falls in love with Stacy’s colleague. Meanwhile, Stacy falls for a dream prince – Margaret’s fiancé.

This refreshing and lively Christmas film for the whole family offers a musical adventure and great visual spectacle for really all ages and enchants from the first second. It’s about the legendary toymaker Jeronicus Jangle (Forest Whitaker), whose extraordinary creations are full of fantasy and wonder.

When his former protégé (Keegan-Michael Key) steals his most valuable creation, his resourceful and always happy granddaughter (Madalen Mills) has to heal old wounds and restore magic with a long-forgotten invention. A colorful, creative miracle journey for all the senses.