Fighting fatigue is very prevalent, globally, and the effects permeate every aspect of life.  For millions of adults and children, sleep does not alleviate fatigue as they are not truly resting deeply and soundly. The most recent critical research, published in the journal of Science Advances, on September 18, 2020, has shown:

Millions of adults and children suffer from obstructive or central sleep apnea.  For them, the relaxed throat and soft tongue muscles, obstruct the throat, and cause breathing to stop for up to 30 seconds, or longer, numerous times, during the night. The brain must act to restore breath. This condition is serious, and not easily diagnosed.

Cancel the Myths – Comprehend the Facts

Sleep Apnea is an incredibly significant, and consequential, sleep disorder. Knowing the facts, canceling the myths, and getting diagnosed, can restore restful sleep, good health, and greater happiness, for all those who suffer. Be proactive for your sustained well-being. Contemplate the following information to dispel the myths and seek the facts:

FACT – Each time the breathing stops (apnea occurs), repeatedly, while sleeping, the brain is activated to wake the person. This interruption in the normal sleep pattern, (sleep-disordered breathing), makes restful sleep impossible.

The chronic lack of oxygen to the brain causes damage, and that time can generate a severe lack of focus, memory loss, and difficulty concentrating. The brain cannot declutter from daily stress, and restore itself, if constantly taxed to reach a wake-state, to reinstate oxygenated breath. If this condition is not treated, high blood pressure, diabetes, heart attacks, irregular heartbeat, strokes, constant, severe, daytime fatigue, and a number of other life-depleting illnesses, will take a toll on the mind, and body.

Read Also: How to Support Your Adult Children Through Difficult Times

MYTH – Sleep Apnea is Nothing More than Noisy Snoring

FACT – Snoring occurs when your throat, mouth, and tongue relax during sleep, narrowing nasal passages, and stimulating noisy breathing vibrations to occur. Sleep apnea episodes are caused by an obstruction in the airways, which impedes the ability to breathe. The sufferer wakes, gasping for air. These episodes can happen multiple times each night, often 100 or more, causing exhaustion, daytime, daunting fatigue, and illness. Testing is necessary to determine the severity of this disorder. Use of the best CPAP machine (Continuous Positive Airway Pressure) available, a proper mask, and specific air pressure, work in concert and are considered to be the most efficacious treatment for patients. CPAP is considered to be the “gold standard,” as an amazingly effective therapy for achieving a regulation in breathing, restorative sleep, and an increase in the quality of life.

MYTH – Sleep Apnea is a Chronic Disorder of the Elderly

FACT – Sleep Apnea affects people of every age.  Babies, children, and adults, aged 40 and older, are all susceptible to this sleep disorder. Research has shown that over 22 million Americans have a form of sleep apnea. Men display symptoms 2-3 times as often as women. All adults who are overweight are at a higher risk, but thin people, and others with restricted nasal passages, can also be afflicted. Sleep Apnea can be generationally inherent, affecting the entire family.

MYTH – No Snoring Equates to No Sleep Apnea Disorder

FACT – It is true that a patient diagnosed with Obstructive Sleep Apnea, often exhibits loud snoring sounds. However, the lack of this symptom does not exclude anyone from having this disorder.  When the muscles of the soft palate, at the back of the throat, tongue, and tonsils, become overly relaxed, they often obstruct the airway, narrowing the oral pathway for the inhalation of oxygen. Although the brain is being deprived of oxygen, and breathing ceases for a number of seconds, the wake center is activated by the brain to force a breath.

Often the person is unaware of sleep deprivation.  Constant fatigue, a compromised immune system, high blood pressure, chest pain, and other issues, motivate and encourage this person to seek medical assistance, in which they will suggest a number of things to help tackle this issue, such as taking medication or even recommend changing up the type of mattress you have (click here to check out some comparisons).

FACT:  Alcohol and medications, taken to induce sleep, do illicit feelings of relaxed drowsiness.  Although these symptomatic treatments appear to bring about a sleep state, if sleep apnea is present, they too, over-soften the throat tissues, constricting breathing. The cause, and its problematic effects, remain.

FACT:  Sleep Apnea is quite common among children ages 2-8.  It is often caused by the size of tonsils and adenoids, positioned in the back of the nose, and in the throat, which block air passage, and cause breathing issues. For children, symptoms do not always include snoring but are felt, and disruptive, day and night, as they sleep restlessly, and fight fatigue, all day long.  If the condition worsens, CPAP can help reduce the symptoms, dramatically.

Obstructive sleep apnea is often misdiagnosed or left untreated, as busy multi-taskers equate constant fatigue, and restless sleep, as by-products of the 21st Century, tech-heavy, lifestyle. Studies at MIT, and other research has shown that this chronic condition, is a precursor to memory loss, depression, heart disease, and even some forms of cancer.

The use of CPAP therapy, allowing air pressure to flow, uninterrupted, is one of the best therapeutic tools available, for thwarting the negative effects of this chronic condition. If you are suffering, exhausted, unwell, and unhappy, see your doctor and get the facts to proactively, do the work to “breathe easier”, and get back to your beautiful, healthy life. 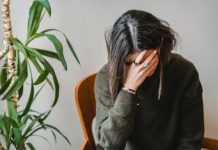 How to Treat Anxiety and Panic Disorder 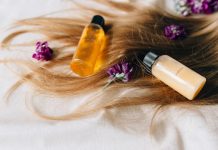 Top 6 Haircare Treatments for Women Over 40 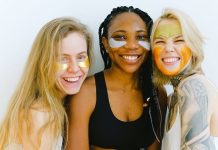 How Can I Stay Looking Young And Healthy?