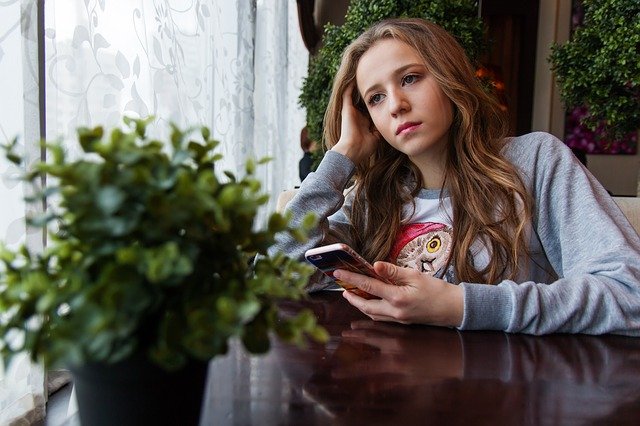 In today’s digitally connected society, it’s far too easy to get pulled into the so-called “comparison trap” and start to develop self-esteem issues. In the past, we women were bombarded with messages from television and glossy magazines, reminding us of all the ways they thought we could be better. Today’s teens, however, now also have to contend with the photoshopped images found on some of the more popular social media accounts.

It’s no secret that young girls (and boys!) are especially vulnerable to these messages, especially during a period of time in their lives where their bodies start to change. When combined with the unrealistic standards set forth by these social media influencers, it may be enough to trigger some of them to try to lose weight. While going to the gym to build muscle and get stronger isn’t necessarily a bad thing, as a parent, it’s important to be especially vigilant about the risk of your child developing an eating disorder.

What Are the Most Common Types of Eating Disorders?

When you think of eating disorders, what comes to mind? For many people, anorexia is believed to be the most common type of eating disorder. However, contrary to popular belief, anorexia nervosa is just one of many eating disorders that can affect today’s youth. Other types of eating disorders may include bulimia nervosa, OSFED (Other Specified Feeding and Eating Disorder, formerly known as “ED-NOS”), and orthorexia. While they may share some characteristics, there are some stark differences between them, as well.

Regardless of these variances, though, it’s extremely important to be alert to what these disorders can entail. For instance, anorexia is associated with restricted eating, weight loss, poor body image, and an intense fear of weight gain. Bulimia, on the other hand, can be harder to detect. A person who may be struggling with bulimia can appear to be at a healthy weight, but they may consume vast quantities of food in one sitting (a “binge”), followed by trying to remove it by either vomiting or excessive exercise (the “purge”).

OSFED another type of eating disorder that may be hard to recognize. Like bulimia, a person with OSFED may be at a healthy weight, or they might even be overweight. However, they can share similarities between those who have anorexia, such as severe restriction of food, or binge and purging cycles. They might not fit the diagnostic criteria for either disorder, but it doesn’t mean their disorder is any less severe. Finally, orthorexia can initially seem like a “healthy” diet, but it’s actually characterized by an intense fear of eating unhealthy foods. A person with orthorexia may exercise to excess, as well, under the guise of “staying in shape.”

Helping a Teen With an Eating Disorder

While it may seem like a choice, it’s important to remember that someone who is struggling with an eating disorder is not actually wanting to engage in these harmful behaviors. Rather, they feel literally compelled to do so, and can feel powerless against it. Furthermore, an eating disorder can arise from a number of factors, such as genetics, personal trauma, or body dysphoria. In addition, people of all ages, sexes, and races can develop one.

Sadly, eating disorders can also be comorbid with substance abuse. Studies have shown that up to 50% of people with an eating disorder may have also abused illegal substances or alcohol. Furthermore, over a third of these individuals may be addicted to these substances, further compounding their problems. As a parent, if you suspect that your child may be struggling with eating disorders, as well as substance abuse, please remember that help for adolescents is available to help them recover.

If you suspect that your child may have an eating disorder, it’s best to approach them gently, with compassion. It’s best not to accuse them of having a disorder, but instead, express your concern for them and remind them that you love them. You may also want to schedule a medical checkup with them, as a doctor’s appointment can not only make sure they’re hitting healthy milestones, but it can also be an opportunity for your healthcare provider to speak to them about maintaining a healthy body image.

In addition, there are a few things you can do to help try to prevent the development of an eating disorder. Speaking to your child about the unrealistic standards on television and social media is a great way to remind them that there is no one perfect body to have. You can also help encourage healthy eating habits at home, providing them with nutritious foods, as well as the occasional treat to show them that nothing is off-limits. Giving them a healthy outlet for their frustrations can also be beneficial.

Understanding Your Role As a Parent

If your child does develop an eating disorder, please do not succumb to the temptation to blame yourself. Eating disorders are a very serious type of mental illness, and it’s absolutely not your fault if they do develop one. However, by being alert to the very real risk of it, and setting a healthy foundation at home, you can help minimize your child’s risk of developing one. And as a good, loving, and totally human mother, that’s really the very best you can do — and in many cases, your very best really can be good enough. 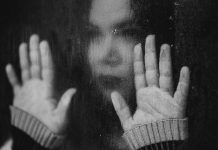 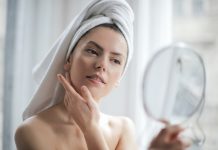 How You Treat Your Dry Skin Dilemma? 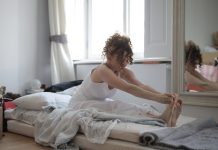 7 Stretches Before Bed to Relieve Fatigue From All Day Long